Also, you can click here to see more about how we are Starting The Year Off Right.

I didn’t do very well during week 6 at all. This week, however, it wasn’t due to lack of motivation or anything like that. It was due to such a busy week that there really wasn’t time to squeeze in any workouts. Early mornings, late nights, hectic schedule. Most nights, by the time I got home, I was completely exhausted. One day I went to take a shower and realized that I never took one the day before and I had no idea! Yes, it was that crazy!

It’s not an excuse. It is truly true. And I must say, I actually missed my work outs. Week 7 should be a much slower and calmer week, so I hope to play catch up. Especially with just two weeks left of the challenge.

As stated before, I plan on keeping it up even when the eight weeks are over. I never thought I’d enjoy exercising, but I do. I think it’s because I’m not a bossy monster about it. I’m not holding myself to such high standards that I’m not meeting my expectations and as I’ve mentioned several times already, I understand that life happens. Sticking to a routine is not easy. It’s not like television shows. Actual reality is involved. But, I’m gonna keep going, even when I have terrible (or almost nonexistent) workout weeks like Week 6. 🙂

“I can do all things through Christ who strengthens me.” 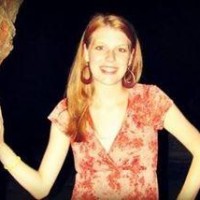